Hats have been around for a very long time. It is impossible to say when the first animal skin was pulled over a head as protection against the elements and although this was not a hat in the true sense, it was realised that covering your head could sometimes be an advantage.
One of the first hats to be depicted was found in a tomb painting at Thebes and shows a man wearing a coolie-style straw hat. Other early hats include the Pileus, which was a simple skull cap, the Phrygian cap, which became identified later as the ‘liberty cap’ given to slaves in Greece and Rome when they were made free men, and the Petasos which came from Ancient Greece and is the first known hat with a brim. 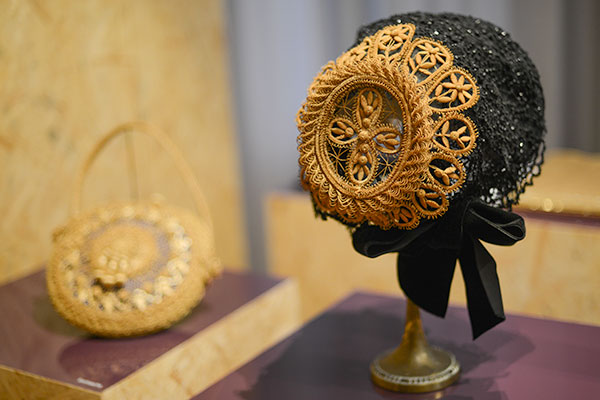 Although women from an early stage were always expected to have their heads covered by veils, kerchiefs, hoods, caps and wimples, it was not until the end of the 16th century that women’s structured hats, based on those of male courtiers, began to be seen. It was in the late seventeenth century that women’s headgear began to emerge in its own right and not be influenced by men’s hat fashions. The word ‘milliner’, a maker of women’s hats, was first recorded in 1529 when the term referred to the products for which Milan and the northern Italian regions were well known, i.e. ribbons, gloves and straws. The haberdashers who imported these highly popular straws were called ‘Millaners’ from which the word was eventually derived. By the mid 1800s Swiss and Italian straws, together with imitation straws made from paper, cardboard, grass and horsehair were available to women, along with the introduction of velvet and tulle.

During the first half of the nineteenth century the bonnet dominated women’s fashion, becoming very large with many ribbons, flowers, feathers and gauze trims giving an appearance of even greater size. By the end of the century, although bonnets were still prevalent, many other styles were to be found, including wide brims with flat crowns, the flower pot and the toque – feathers and veils abounded.
Although early in the 1900s most hats were enormous and adorned with flowers, feathers, ribbons and tulle, by the mid 1920s women’s hair had become much shorter with the shingle cut and the cloche, which hugged the head like a helmet with a very small brim, had come into fashion. Now, after World War 1, there was suddenly such a proliferation of styles and materials that many women had to rely on the advice of milliners. 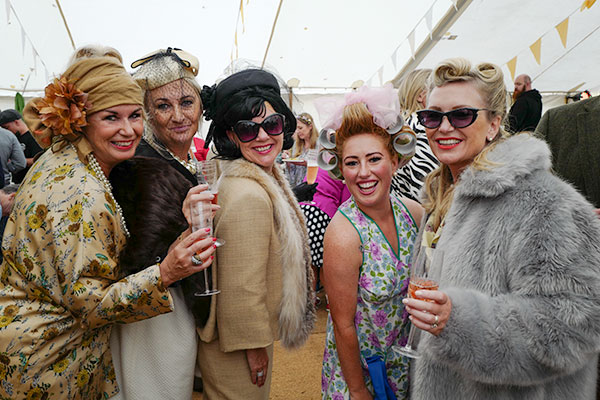 From the 1930s to the 1950s it could be said that New York, with its many European immigrants had become the world’s leading millinery city, with department stores such as Saks Fifth Avenue, Henri Bendel and Bergdorf Goodman leading the way with their own millinery workrooms.
During the 1930s and 40s the tendency was for hats to have higher crowns with smaller brims and once it was wartime again, it was mainly the trims which were changed with women making do with turbans made from pre-war materials.

By the 1950s the arrival of ready-to-wear clothes was robbing the milliners of their crucial part in the world of fashion. Equally during the war many women, who had not previously worked, found themselves employed and were then loathe to lose their new-found freedom and independence. This new situation meant, however, that they no longer had so much time or energy to spend on being fashionable. In the 1960s the hat was once again overtaken by wigs and hairdressers, who colored, back-combed and sprayed women’s hair into exotic ‘sculptures’. Both men and women also realized that they could dress less formally and the hat was inevitably a temporary casualty. However, since the 1980s there has been a slow revival of interest in women’s millinery. This was helped, to a large extent, by public figures such as the late Princess of Wales’s and the current Duchess of Cambridge’s enthusiasm for wearing hats.

Since their invention, hats have come and gone as status symbols, uniforms and fashion statements, as well as being functional sports and protective headgear. There are still, and presumably always will be, two basic styles – brimmed and brimless – and two basic forms – caps and hats. Milliners and hatters take these shapes and with the aid of many trims and details, create a never-ending range of hats for men and women.

Get your subscription now and keep up-to-date with the latest news in the hat industry.

Are you looking for a specific article, but don't know or can't remember in which issue it was published? Try our Article Index!